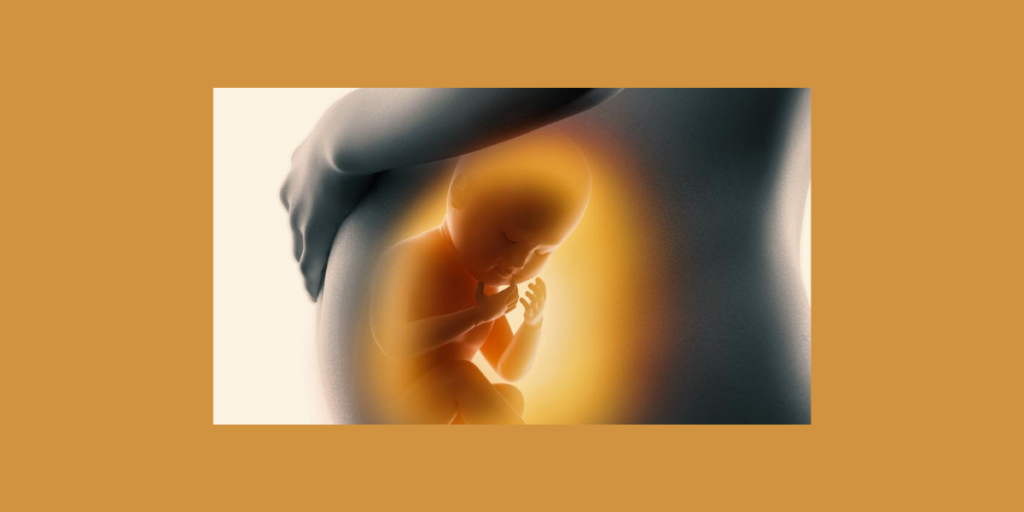 A full-term pregnancy for mothers is 40 weeks gestation. Expecting mothers know that reaching the HALF way mark in pregnancy, 20 weeks, is an exciting milestone and a big deal. At the HALFway point in the preborn child’s development, a baby can hear! A 20-week preborn baby is moving frequently and the expecting mom begins to feel the motion. A preborn baby at the HALF way point of growth has fingernails and eye lashes and their digestive system is functioning. A baby at this stage is fully human, fully a son or a daughter with brain waves and heartbeats.

In Ohio, it is now once again legal to suffocate, poison and dismember a preborn child at this HALF way point of gestational development. An activist Hamilton County Court of Commons Pleas judge determined it is legal to “cut a baby in HALF.”

On Wednesday, September 14, with his ruling pausing Ohio’s Heartbeat Bill through a temporary restraining order, Hamilton County Court of Common Pleas Judge Christian Jenkins ruled that a mother destroying the life of her unborn child in such a violent manner up to 20 weeks, up to the HALF way point, is “healthcare.”

In court, Judge Jenkins stated verbally “Everyone knows abortion is healthcare.” The judge rearticulated this statement in writing with his legal decision, “No great stretch is required to find that Ohio law recognizes a fundamental right to privacy, procreation, bodily integrity, and freedom of choice in health care decision making.”

In scripture, King Solomon, Son of King David (the one with the pebble that took down Goliath) was a wise and holy king and judge that used cutting a baby in HALF as a lesson of life and love, not choice and healthcare.

Upon becoming king at a young age, Solomon prayed: “Now, LORD, my God, you have made me, your servant, king to succeed David my father; but I am a mere youth, not knowing at all how to act– give your servant, therefore, a listening heart to judge your people and to distinguish between good and evil. For who is able to give judgment for this vast people of yours?” (1 Kings 3: 7,9)

A well known Old Testament story involves two mothers fighting over a newborn baby and each claiming to be the rightful mother. The women went to the king in order for justice to be served.

The king continued, “Get me a sword.” When they brought the sword before the king, he said, “Cut the living child in two, and give HALF to one woman and HALF to the other.” (1Kings 3: 23-25)

Of course we know the rightful mother begged for the child not to be cut in HALF and she was willing to sacrifice her own motherhood in order for the child to be saved. King Solomon then declared the proper mother upon witnessing this love.

“When all Israel heard the judgment the king had given, they were in awe of him, because they saw that the king had in him the wisdom of God for giving right judgment.” (1Kings 3: 27)

Here we are, two and a half months post Roe, and this case was just now brought before a lower court judge after sitting in Ohio’s Supreme Court with no movement.

Upon this ruling from Judge Jenkins, Ohio abortion champions are celebrating being able to cut a baby in HALF. We prolifers cry and pray.

We cry over the injustice of our American and Ohio way of electing officials and enacting laws in the proper process, only for laws to be overturned through an activist judge’s interpretation.

We cry that people actually believe this type of violence is needed in our great nation, or anywhere in the world for that matter.

We cry that over 65 million mothers have been sold the lie of abortion.

We cry for the mother that chose life last week, but then changed her mind after this ruling.

We cry that her child is now dead and she will carry a heavy heart from this loss.

But just as King Solomon prayed before he began his time as a judge, we continue to pray as well.

We pray for our elected officials, that the wisdom of King Solomon may shine down on their law making.

We pray for our upcoming election, most especially that only judges that respect life fill our courts.

We pray for an end to abortion in our laws and in the minds of Americans.

We pray for all women facing a pregnancy decision.