Protecting life at every age and every stage.

to build an abortion-free Ohio and America.

Informed voters through our ballot card

Cincinnati Right to Life was founded by pro-life heroes Dr. John (Jack) Willke and his wife Barbara. Dr. Willke was a third-generation physician, engaging in family practice and obstetrics. Coincidentally, Mrs. Willke worked as a nursing instructor and later served her family as a full-time mother, caring for their six children. They were internationally renowned and are, to this day, considered the patriarch and matriarch of the pro-life movement.

Furthermore, they stimulated the organization and founding of Birthright in Cincinnati, Ohio, serving on its original international board. Dr. Willke also served as president of Life Issues Institute which was founded in 1991, an educational foundation headquartered initially in Cincinnati. Mrs. Willke was instrumental in establishing pro-life women help centers in the metro area and served as the president of Cincinnati Right to Life until her retirement from pro-life work.

To this day, Cincinnati Right to Life carries on the mission entrusted to us by Dr. and Mrs. Willke. We have been at the forefront of every major pro-life victory, most recently seeing our state through the passage of the Heartbeat Bill. Over the years, we have adapted to new techniques and technologies, but we have never strayed from the course to abolish abortion and prevent euthanasia in Greater Cincinnati and beyond.

Dr. and Mrs. Willke's work extended far beyond Cincinnati and Ohio. Dr. Willke was a physician, author, lecturer, radio personality, and expert in human sexuality with international leadership in the pro-life movement. Furthermore, he was a founding life member of the National Alliance for Family Life. Dr. Willke served as president of the National Right to Life Committee for 14 years, and founded the International Right to Life Federation (IRLF) in 1983, serving as its president for years. As president of IRLF, Dr. Willke traveled with Mrs. Willke extensively overseas, lecturing in 83 different countries and meeting with world leaders, including members of Congress, Parliaments, Pope John Paul II and multiple presidents.

While the Willkes had several publications, they are best known for their book called Abortion: Questions and Answers. This book was a critical handbook for those working and advocating in early days of the pro-life movement.

Dr. and Mrs. Willke were married for 65 years. Mrs. Willke died in 2013, followed by Dr. Willke in 2015. The late Congressman Henry Hyde's quote is particularly fitting for these pro-life warriors.

"When the time comes, as it surely will, when we face that awesome moment, the final judgment, I've often thought, as Fulton Sheen wrote, that it is a terrible moment of loneliness. You have no advocates, you are there alone standing before God -- and a terror will rip your soul like nothing you can imagine. But I really think that those in the pro-life movement will not be alone. I think there'll be a chorus of voices that have never been heard in this world but are heard beautifully and clearly in the next world -- and they will plead for everyone who has been in this movement. They will say to God, 'Spare him, because he loved us!'"

A Tribute to Barbara Willke

Willke, A Catholic Doctor and Longtime Pro-Life Advocate, Dies at 89

A Pro-Life Gathering for HER

The Missionary Families of Christ Rosary for Life

What you can do to protect LIFE?

Couples for Christ Rosary for Life

Start or become involved with your church or community Respect Life / Pro-Life group.

Help at the Cincinnati Right to Life Office

Volunteer at a local pregnancy center

We are a proud member organization of the Right to Life Action Coalition of Ohio.

This coalition is an organization of pro-life groups in Ohio that stand united to advance a pro-life strategy in our state and beyond, with protections for all and exceptions for none.

Click here to learn more about the Right to Life Action Coalition of Ohio. 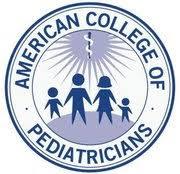 The American College of Pediatricians (ACPeds) is a trusted sources for medical information. According to their site, they are a national organization of pediatricians and other healthcare professionals dedicated to the health and well-being of children. ACPeds was founded by a group of concerned physicians who saw the need for a pediatric organization that would not be influenced by the politically driven pronouncements of the day. The ACPeds bases its policies and positions upon scientific truth within a framework of ethical absolutes. Of particular importance to the founders were (as it is today) the sanctity of human life from conception to natural death and the importance of the fundamental mother-father family unit in the rearing of children.

The American Association of Pro-Life Obstetricians and Gynecologists (AAPLOG) is the largest professional medical organization representing prolife women's healthcare practitioners in the world.  It exists to encourage and equip its members and other concerned medical practitioners to provide an evidence-based rationale for defending the lives of both the pregnant mother and her pre-born child.

AAPLOG's organizational vision is to be the pre-eminent medical voice that informs the medical community, policy makers and the public on the importance of declining to use death as a therapeutic option, which respects the dignity of all human life and prohibits the taking of a life by a medical practitioner, including the lives of pre-born children.