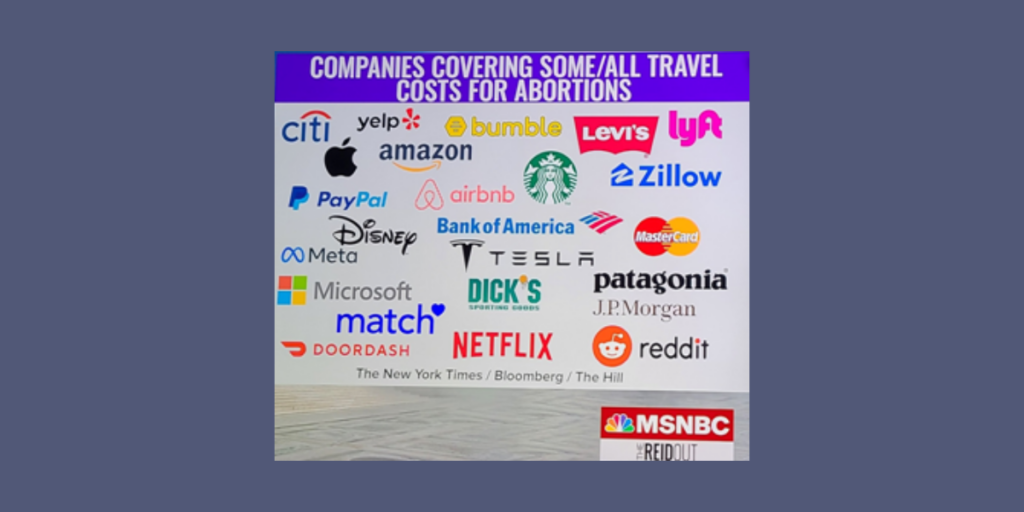 This past week, I was exploring the Cincinnati Right to Life office files, some of which contain information going back to the early 1970’s. One file in particular caught my eye:

“Keeping Your Consumer Dollars out of Planned Parenthood Coffers”, a special report from April 1997. Something grabbed my attention in this file, a quote from Douglas R. Scott:

“The pro-life movement will succeed only to the extent that pro-life people are willing to be inconvenienced.”

Now how does willingness to be inconvenienced work as a strategy for pro-lifers?

Let’s look at what has happened in the months following Roe vs. Wade.

A Battle is Over, The War Continues

This summer, one of the greatest miracles of the 21st century occurred: Roe vs. Wade was overturned on June 24th, 2022. This was amazing, and something we should celebrate, as well as continue to thank God for the Mercy He poured out on us that day.

However, as much as it hurts to say it, this is just the beginning of the war on abortion. This next phase of the war has much higher stakes, and thus will demand much more of all those who desire to profess the dignity of the human person from conception until natural death.

In the months following this decision, we saw a sleeping pro-death giant awake: and that is Corporate America. On the same day Roe vs. Wade was overturned, one person tweeted out a picture of all the companies that agreed to fund their employees to travel to get abortions:

One of these companies was our hometown grocer, Kroger.

“Wait, are you telling me I can’t shop at Kroger now?”

Yes, I am, as long as they continue to pay $4000 for their employees to travel to get abortions.

Where exactly does the buck stop where we say enough is enough? Where we say I will not take part in the slaughter of our most innocent human beings?

I sidewalk counsel almost every week in front of abortion clinics. One thing I’ve seen many times are Uber or Lyft drivers driving mothers into the abortion mill and then picking them back up later. To support these companies is not the same as these Uber or Lyft drivers who are aiding and abetting the murder of these precious children, however, it is still material cooperation with evil, and should be avoided.

However, the question should not be “do we really need to boycott Kroger?”, but instead, “how can we seek first the Kingdom?“

Or think of it this way: people, maybe your grandchildren, will look back on our times and ask you: what did you do during the abortion holocaust?

It may be inconvenient for us to drive an extra 10 minutes to Aldi’s, or to a local meats store instead of buying from the deli at a Kroger, but this is what is demanded of us in the times that we are living in.

Not being able to shop at Kroger, our local grocery store, should remind us of the times we are living in. We are not living in an age of Christendom, but in an Apostolic Age.

We also must recall Jesus’ own words in Matthew 25:40: “And the king answering, shall say to them: Amen I say to you, as long as you did it to one of these my least brethren, you did it to me.”

Every time you go to a different store to shop to avoid supporting pro-death companies, you can say a prayer to the Lord, “Lord, I am doing this for the least of your brothers and sisters. Remember me when you come into your Kingdom.”

If pro-lifers stay true to their values, not only will we grow closer to the Lord, but maybe the pro-life movement will succeed.

By: Johnny Giroux, Director of Community Engagement and Education

Not being able to shop in certain places should not be something that makes us angry, or feel victimized, or bitter towards our neighbor who may still choose to shop at certain places. We must recall in scripture that, “God loves a cheerful giver.” (2 Corinthians 9:7) We should rather with great reverence and humility look at this as an opportunity to worship God and to grow closer to our communities and families who support the culture of life at all stages.