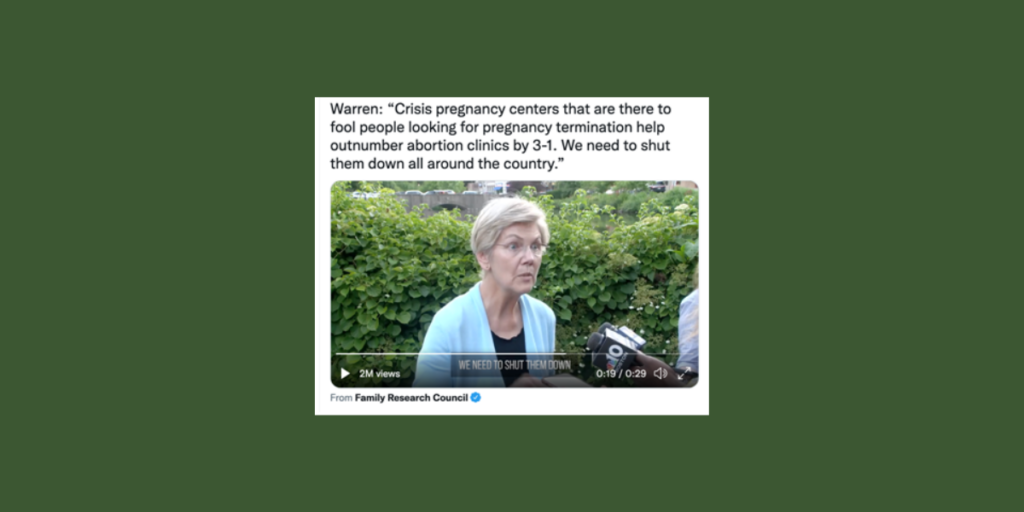 Margaret Sanger who was a known eugenicist and racist, not ironically, also founded Planned Parenthood, the nation’s largest abortion provider, which still gets over $600 million taxpayer dollars annually from our U.S. Government, according to their 2020 Annual Report (see figure below).

Sanger is famous for saying phrases such as, “black people are like human weeds and need to be exterminated.” Or in her letter to Clarence Gamble dated October 19, 1939, “We do not want word to go out that we want to exterminate the Negro population, and the minister is the man who can straighten out that idea if it ever occurs to any of their more rebellious members…”

Whoops, word has gotten out, Margaret.

Currently, African Americans make up 13.4% of the American population, but in 2019, they made up 38% of all Abortions in the U.S. (cdc.gov). Margaret Sanger may not have brought her mission to fruition, but she sure has left a disgusting legacy, given the fact that most abortion centers to this day target minority neighborhoods. Could it be that this is Margaret Sanger’s world, and we’re all just living in it?

And so, people are now well aware of her stomach-churning beliefs on racism and eugenics. What people may not know, however, is that Sangerhad a hatred for free pregnancy resource centers.

In a Chapter of her book called, “the Cruelty of Charity”, Sanger called pregnancy resource centers the most “insidiously injurious philanthropy” because they do things like:

2) instruct women in the “hygiene of pregnancy”

4) allowing “slum mothers” to see a doctor to make their childbearing safe.

God forbid poor women have a safe childbirth, right? Maybe it would be better if we just killed all their unborn children and sterilized these women. Undoubtedly, Sanger thought so.

(These points were taken from Sanger’s own book, the Pivot of Civilization, page 314, written in 1922, made freely available online. Thanks Google.)

Does this sound familiar at all? Elizabeth Warren, who is notorious for her psychotic reaction when the draft of Dobbs vs. Jackson Women’s Health Organization came out, recently also shared Margaret Sanger’s hatred for pregnancy centers in this news

Who in their right mind would want to shut down pregnancy resource centers? Centers, that, quite possibly, are the most charitable organizations this country has to offer?

What could Elizabeth Warren possibly have against Pregnancy Resource Centers, which has saved over 800,000 lives in the last 5 years?

We as a pro-life movement living in a Post-Roe world need to start calling this what it is: pure evil.

Elizabeth Warren continues to spew evil out of her mouth, and also has refused to condemn far-left organizations who have put bounties on the heads of the conservative Supreme Court Justices.

When will American society wake up and see the stench Margaret Sanger has left this country in? When will Americans together start to call out politicians like Elizabeth Warren for the evil they spew, and start to hold them accountable for drastically  misleading Americans who don’t know any better?

As long as our leaders continue to propagate the evil ideals of Margaret Sanger, we will continue to see the culture of death rampant in American society. We need more determined disciples of Jesus Christ, not of evil-doers like Margaret Sanger.

Posted in News
← Food is for LifeCleveland is Worse than Cincinnati →