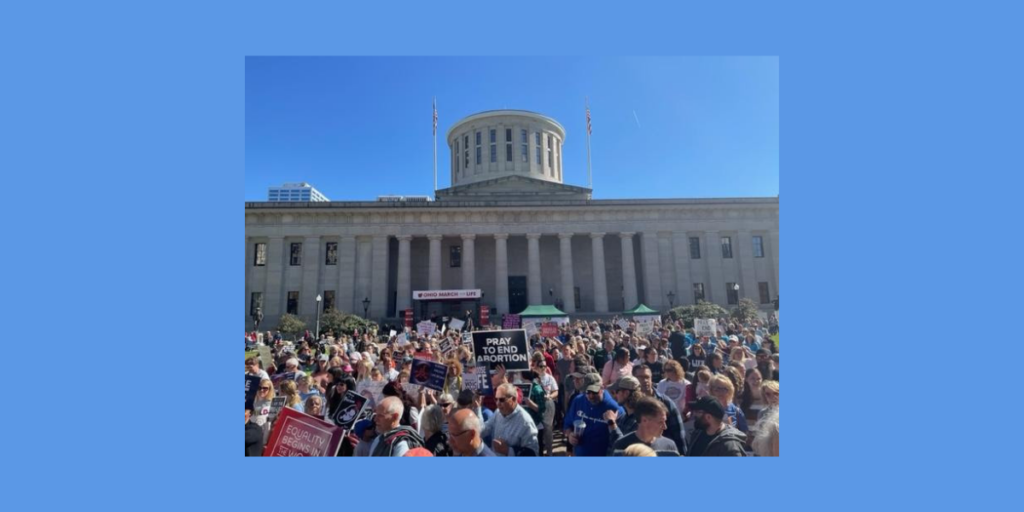 From the Ohio Capital Journal

With the new emphasis the U.S. Supreme Court put on the importance of state government in this post-Roe v. Wade era, many Americans decided Tuesday to put some checks in place. They also roasted some conspiracy nuts over the camp fire.

Abortion rights ballot questions were passed in five states, including GOP-dominated Kentucky to the south, as well as in Michigan to the north, where Democrats won a trifecta by taking control of their legislature for the first time in nearly 40 years, alongside Gov. Gretchen Whitmer’s victory over election denier Tudor Dixon. In fact, voters in 12 states elected women as governor this year, the most ever.

Not Ohio. Ohioans once again gave Republicans every ounce of statewide power they could possibly need to get their absolute freak on.

Posted in News
← What did abortion have to do with the “Red Wave?”Thank You to Everyone that Participated in the 40 Days for Life Fall 2022 Campaign! →