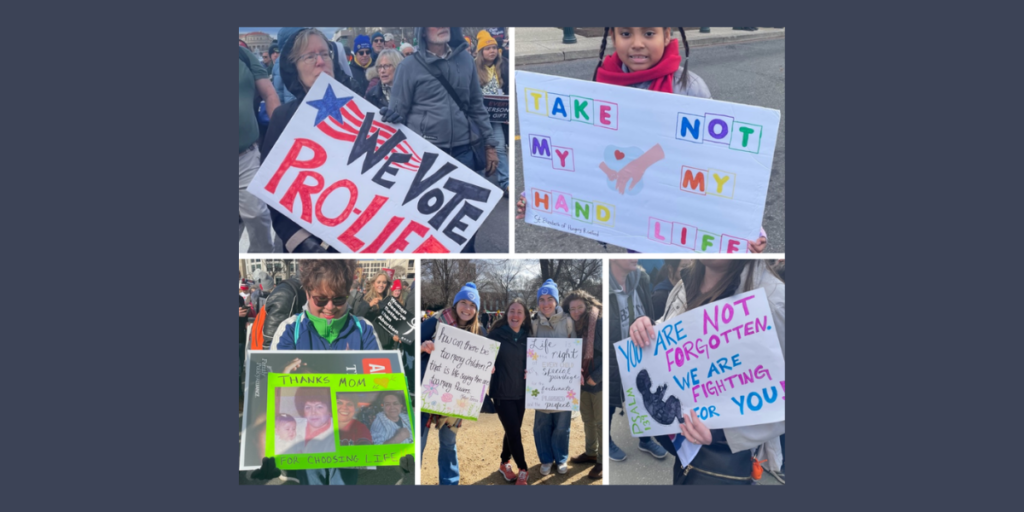 Fifty years ago, pro-lifers wept after the January 22, 1973 egregious ruling of the U.S. Supreme Court allowing the evil execution of preborn American babies.

Fifty years ago, the legalized massacre of preborn children began in all fifty states in America, all nine months for whatever reason.

Fifty years ago, the for-profit abortion industry celebrated as their business model of poisoning and dismembering preborn sons and daughters would begin to fill their bank accounts with hundreds of millions of dollars.

Fifty years ago, women in America in all fifty states began being sold the insane lie that killing your own preborn child is “empowering,” “normal,” and an exercise of freedom. Sixty-five million lost children later, and the deformity in America is obvious.

Fifty years ago, the shape of our great nation became twisted by the Court’s decision.

Fifty years ago, the pro-life movement decided to never give up fighting for the pre-born.

Fifty years ago, a mom chose life and that baby is now a grandmother.

Fifty years ago, prayers were said that Roe would one day be overturned.

Fifty years ago, Dr. and Mrs. Wilke incorporated Cincinnati Right to Life Educational Foundation with the help of Donald Klekamp and others.

Fifty years after the mess of Roe began to twist, deform, and destroy our country, we still pray, work, and believe in continuing the battle for the culture of life.

Despite Roe being overturned on June 24, 2022, abortion remains legal in twenty-six states. In this week we honor the American horror that began fifty years ago, it is outrageous and disgusting that in our Buckeye State, our beautiful Ohio, that abortion up to twenty-two weeks continues. Ohio is the birthplace of aviation, the state that inspired the end of slavery, the state that was a main artery of the underground railroad, the birthplace of the pro-life movement and pregnancy center help movement. We are the state with a “pro-life” super majority in state government, beginning with our Governor, and a statehouse that calls itself pro-life, and YET, we have not been able to end the massacre!

Today is a day of prayer and fasting in America to honor all the lost lives and those harmed by abortion. We ask for your continued prayers for Ohio as well as other states that allow the for-profit abortion industry to destroy children and families through the lie of abortion.

God had major pity on America with the overturn of Roe, may He continue to have pity as we ponder, pray and push forward a culture of life.