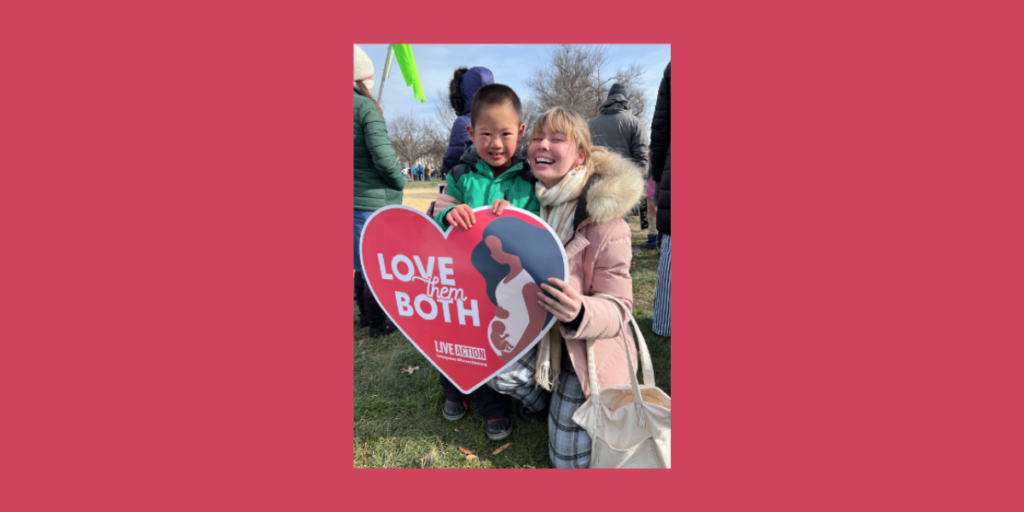 On Friday, June 24, 2022 at 9:59 a.m., I stood in the hallway of our humble Cincinnati Right to Life office doing what has become an unofficial part of my job description as the summer intern–frantically refreshing the supremecourt.gov homepage on opinion issuance days. At exactly 10:00, I saw the words “Dobbs v. Jackson Women’s Health Organization” appear on the screen and my legs started to shake.

I clicked on the 213 page document, scanning until my eyes stopped on Justice Alito’s name on the cover page. My hopes started to rise. My eyes continued to dance wildly along the pages until they reached the last page of the introduction. I read aloud, my voice trembling:

“Roe was egregiously wrong from the start. Its reasoning was exceptionally weak, and the decision has had damaging consequences…It is time to heed the Constitution and return the issue of abortion to the people’s elected representatives.”

Internally, I celebrated for the babies that would be born because of this 213 page opinion, for the laws that would be made to protect them, for the women that wouldn’t go through the trauma of losing a child to abortion. But, I could not celebrate completely. I could not celebrate that many women–some of them friends of mine–would be hurt and terrified by this decision. It’s easy to dismiss these fears of theirs as unreasonable, unjust, and miniscule in comparison to the atrocity that is abortion, but one thing I learned this summer is the importance of empathizing with the other side, and I think it would be a failure of the pro-life movement if we didn’t try to understand them. As a 19-year-old woman who has been exposed to pro-choice rhetoric on social media, on a college campus, and in various social circles, I have a solid understanding of the position and mindset of these women.

Generations of women following the beginning of second wave feminism–which established abortion as a pillar of feminism in the 1960s–have been taught and incentivized to need abortion. The lie that we must choose between success and having children has been planted in us and the supposed panacea of abortion has been sold to us. The beauty of motherhood has been hidden from us and the belief that pregnancy is a problem that can and should be “taken care of” has been forced on us. Euphemisms like “healthcare”, “fetus”, “end a pregnancy”, “Plan B”, “the pill”, “empty your uterus”, “medication abortion” have desensitized us to the reality of abortion, and taglines like “my body, my choice”, “I don’t regret my abortion”, “abortion is healthcare”, “abortion is a woman’s right”, and “my abortion saved my life” have indoctrinated in us the distortion that abortion is good and necessary. Celebrities shout their abortions; movies and TV shows normalize abortion; social media idolizes abortion.

With that knowledge, it is no surprise that countless women are angry, hurt, and genuinely afraid for their futures, for their health, and for their freedom. They feel that the Dobbs case is a tragedy, an injustice, and abuse of their basic human rights. The real tragedy, injustice, and abuse, however, is not the loss of the so-called right to abortion, but the reality that the freedom and equality of women has been so immanently linked with a violent, life-taking act. The tragedy is that our culture has not just allowed, but has encouraged and incentivized women to become so dependent on the “right” to kill a preborn child, that they feel lost, attacked, and helpless without it.

I see the Dobbs decision as an opportunity to radically change feminism, or rather to put it back on track with what Susan B. Anthony, Alice Paul, Victoria Woodhull, and Elizabeth Cady Stanton envisioned. One of today’s pro-life feminist scholars, Erika Bachiochi, wrote:

“The earliest women’s-rights advocates in this country knew that for women to participate more fully in the economic and social life of the nation, the nation would need to become far more hospitable to children and the women who bear them.”

In today’s post-Roe world, we need to work harder than ever before to make our country a place that sees children as a gift, not a burden, and meets their mothers with honor, not hostility. Where the abortion industry has said for so long, “You can’t”, “There aren’t enough resources”, “It will ruin your life”, we need to say even louder, “You can”, “Here are the resources”, “It will bring beauty to your life that you couldn’t have imagined.” By doing this we can save the lives of countless preborn children, and simultaneously get feminism back on the right track.

Erika Bachiochi and Mary Ann Glendon are two feminist scholars who inspire me. They are working tirelessly to rescue feminism from the debilitating grasp of the abortion industry and to conceptualize ways to fix root problems that lead to a dependence on abortion, for, as Glendon wrote, “Abortion is a gruesome symptom of our collective failure to take care of one another.”

“I’m a feminist and I’m against abortion” by Erika Bachiochi
https://www.cnn.com/2015/01/22/opinion/bachiochi-abortion-roe-v-wade

Posted in News
← Ohio Cities Stand Together to Advance Abortion“…Abortion is not health care. Abortion is murder…” →