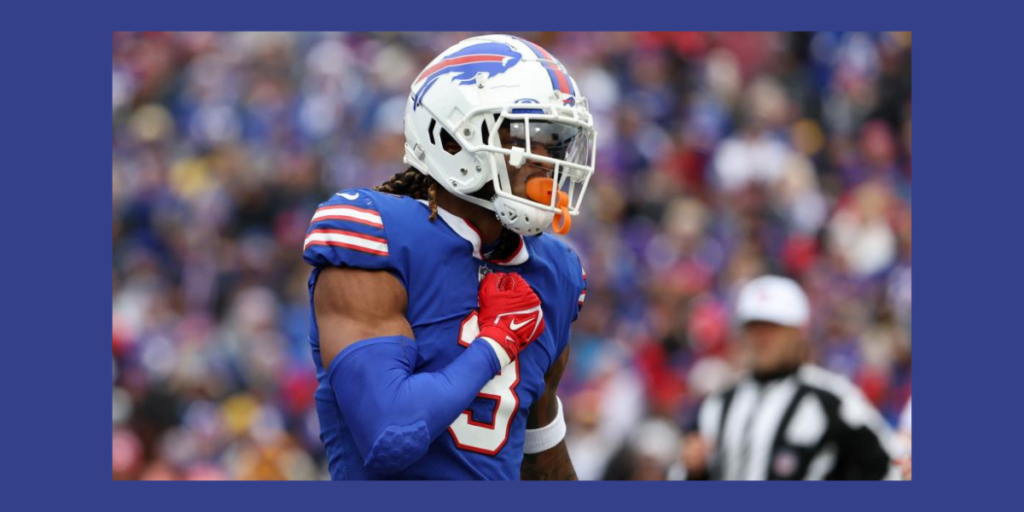 It has been a week of miracles. The world has had its eyes on Cincinnati after Buffalo Bills safety Damar Hamlin suffered a near fatal cardiac episode during a Monday Night Football game between the Bengals and the Bills. The stadium was silenced into prayer as Damar was resuscitated on the field and then rushed by ambulance to UC Medical Center where he has had a remarkable week of healing progress that many are calling miraculous.

Upon waking after the trauma, Damar’s first communication was “Who won the game?”  Daily reports of more progress in his healing journey have people weeping with joy and believing in our God, who had previously been mocked and banned on football fields. (Think Tim Tebow, and high school football coach Joe Kennedy)  Not only is there a miracle of Damar’s life being saved, but also miracles of news anchors praying on-air and the miracle of all 32 NFL teams displaying “Pray for Damar” on their social media icons.  Damar is now back in Buffalo continuing his healing journey at home. Praise God! Truly a display of miracles!

Do you know about Damar’s first miracle? Damar was born in March of 1998 to high school sweethearts and sixteen-year-old parents, Mario and Nina Hamlin. Damar has shared in past interviews “It was probably so stressful but both of my parents had me young, at 16, and pretty much since that point they put everything they had into me to get me to where we are right now today.” The love in the Hamlin family is evident. The sacrifice and the selfless effort his parents provided to raise Damar and his brother as a beautiful family is heroic.

We do not know the circumstances of teenagers Mario and Nina when they were greeted with the wonderful news, they were expecting their first son, Damar. Maybe they were thrilled, maybe they were nervous and scared too. We do know that as young, African Americans, Damar’s parents were considered Planned Parenthood’s perfect customer.

We know society stigmatizes unplanned pregnancies, especially of teens, and abortion is considered the first option to a “problem.”

We know that Planned Parenthood intentionally locates their killing facilities in minority neighborhoods and targets the black population for selling abortion.

We know their founder Margaret Sanger said “We don’t want word to get out that we want to exterminate the Negro population.”

We know that abortions take place at a disproportionate rate on minorities. 38% of abortions are on black women, when they comprise 15% of the population. We know that Planned Parenthood kills 369 black babies every day, 15 per hour, in America.

BUT, we also know pro-lifers say to teen parents, “Congratulations! You are expecting a beautiful, unique son or daughter that will change the world! We are here to help and support you for as long as you need! This is great news and you are going to make it!”

We know that pregnancy centers outnumber abortion facilities in America and they are ready to offer years of free, loving services and relationships for mother, baby and family.

We know Every. Life Matters. Absolutely it does. Look at yourself, and everyone around you. You matter. So do your neighbors and loved ones!

We also know that when life is chosen in what is considered a “less than perfect” situation, God rewards that decision with abundant love and generosity. We have seen it more times than we can share. It is how God works.

We know this is evident in the Hamlin family and we honor Nina and Mario for choosing life and raising their sons in a beautiful family. Thank you and God bless you Nina and Mario!

We know God takes unexpected pregnancies and works miracles, and now the world has seen God take an unexpected tragedy and work miracles too! God bless you, Damar!

Posted in News
← Is the New Ohio Speaker of the House a PLINO?RTLACO statement on Ohio Speaker’s Race →