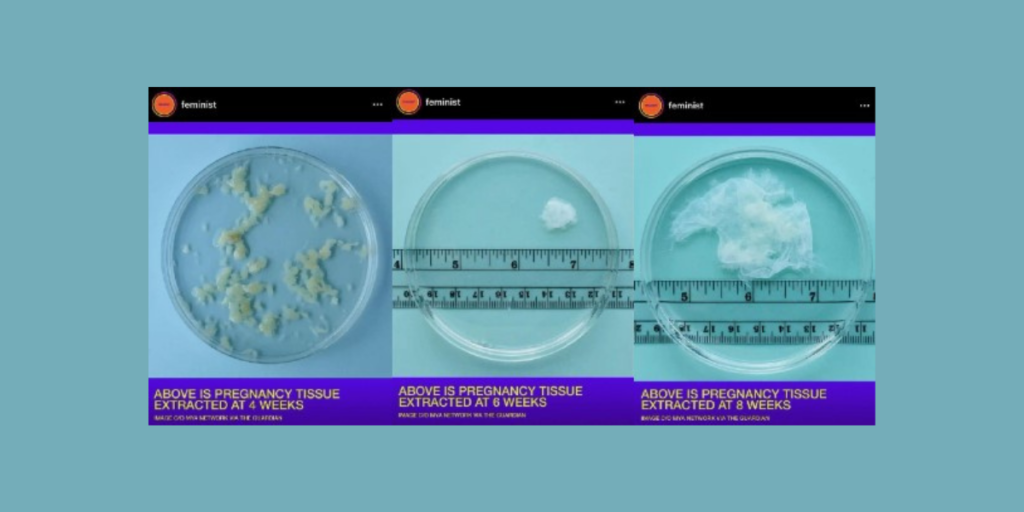 This past week, The Guardian, the UK newspaper founded in 1821, released an article entitled, “What a pregnancy actually looks like at ten weeks.”

Not a shred of this article is true or follows the science of life in the womb.

For the longest time, left-wing sources like The Guardian have force-fed the general population with instructions to “follow the science” and “believe the science”, but now, they fail to do so when it comes to something so basic as life.

The feminist, “an intersectional feminist community” with 6.5 million followers on Instagram (@feminist), graciously re-posted the pictures from the article on their Instagram for our viewing.

The comments on this post are filled with individuals saying how misleading this post is, yet they still have not removed the post from their feed.

Thankfully, Live Action, a pro-life media outlet, reacted to this egregious misinformation by showing pictures of what life actually looks like in the womb. Here they are:

Take a look at those differences in pictures again.

We must realize the genocide of abortion is happening, today, at this very moment, all around the world. It is the greatest killer of human beings worldwide, and in the words of Mother Teresa, is “The greatest destroyer of peace in this world.”

It is easy to forget about this issue, as we cannot hear the cries of the preborn or possibly feel their pain when their limbs are ripped off their bodies. It is easy to think this problem is in a foreign place far removed from us. But the reality is that this genocide is still happening in our own city, just miles from where we live.

At the bottom of the article, The Guardian states, “The Guardian views reproductive choice as a fundamental human right.”

What happened to the news doing just that: reporting news? When did newspapers become echo chambers fueling the culture of death?

Let us pray and work with great determination to see a swift end to this genocide in our city, state, and throughout the world.