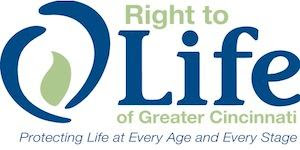 (Cincinnati, OH) - It is with deep sadness that we share the news that our dear friend and former President of Cincinnati Right to Life, Mr. J. Patrick Conroy, passed away surrounded by his family on Saturday, May 8, 2021. He was preceded in death by his wife, Margaret Mary Conroy.

Pat was born in Norwich, New York, the fourth of seven children. He was a U.S. Army veteran who served our country in the European Theatre in World War II. While Pat and his wife were both actively involved in their parish, Pat was equally committed to the pro-life cause. He served as President of Cincinnati Right to Life from 1999 to 2005. He was a hands-on president who, although technically a volunteer, kept daily hours in the office. Before he retired Pat helped to revitalize the board and bylaws to prepare us for significant future endeavors. Many current board members and other active pro-lifers can point to Pat as their recruiter.

For years he participated in the Helpers of God's Precious Infants' Saturday prayer vigils at the Cincinnati Planned Parenthood, as well as the Women's Med Center in Sharonville before it closed. Pat was committed to the Right to Life print newsletter and worked to increase its distribution and modernize mailing practices. Thanks to his efforts, our newsletter currently reaches over 12,000 people. According to our former Executive Director Paula Westwood, the advice Pat once gave for coming generations was to, "get involved or stop complaining." Even up until his last days, Pat was up to date on pro-life news and often called the office to offer advice and assistance on the issue.

Current Cincinnati Right to Life President Jack Hart remembers Pat as “a man of faith and grace, always with a splash of his trademark dry humor." Jack stated, "He was committed to protecting the lives of the unborn and the health of their mothers - and to the well-being of them both throughout their lives through his dedication to the St. Vincent de Paul Society and other charitable organizations. Pat remains an inspiration to those of us who trace their beginnings in our cause to his persuasive leadership.”

Pat was a man of the Greatest Generation, as well as a warrior for the precious unborn. We are confident that Pat's soul will be accompanied by the voices of many babies who, once silenced by death, will speak on his behalf before the Almighty. 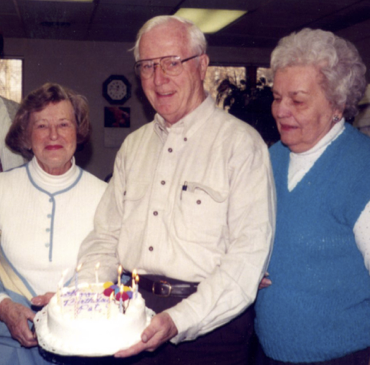